10 Science-Backed Benefits of Jiaogulan for Horses Jiaogulan powder has medicinal properties that are similar to Panax Ginseng. This herb has been used in traditional Chinese medicine for centuries to promote vitality. Research shows it may have a similar beneficial effect in horses.

The leaves of the jiaogulan plant contain active ingredients that increase nitric oxide levels in the blood which stimulates blood flow. This helps enhance energy levels, deliver nutrients, oxygen, and immune cells to tissues, and clear away waste products.

In horses, improved blood flow helps tissues like the hooves, tendons, lungs, and muscles recover from illness or damage. By enhancing circulation, jiaogulan can support healthy hooves in horses that are prone to laminitis.

Jiaogulan may also promote respiratory function through increased blood flow and bronchodilation (opening of the airways). Horses with heaves and inflammatory airway disease have been shown to benefit from supplementation with this herb.

Combining jiaogulan with spirulina has been shown to improve respiratory function and exercise performance in equine athletes.

At the doses recommended for horses, jiaogulan is safe with no known toxicity issues or side effects. Horses receiving jiaogulan often have pinker gums and tongue, indicating that an adequate amount has been fed to increase blood flow. Benefits of Jiaogulan in Horses

Jiaogulan works primarily by increasing the production of nitric oxide from vascular endothelial cells that line the walls of the horse’s blood vessels. Higher levels of nitric oxide circulating in the blood results in dilation of blood vessels and increased blood flow.

Most of the health benefits attributed to jiaogulan come from its ability to increase blood flow. Several debilitating conditions in horses like laminitis are partly caused by poor blood flow. [1]

Below are the top 10 benefits of Jiaogulan in horses:

The jiaogulan herb has been shown to improve hoof health in horses with chronic lameness. Decreased blood flow to the hooves has been proposed as one of the factors that contributes to hoof problems in horses.

Gypenosides are active ingredients in jiaogulan that stimulate blood flow by activating the enzyme nitric oxide synthase to produce nitric oxide. This supports overall hoof health by increasing delivery of nutrients to hooves.

Jiaogulan is recommended as a natural remedy for laminitic horses. Increasing blood flow to the hoof in horses with laminitis can reduce lameness and reduce the “bounding pulses” at the sides of the pastern. [1][2]

In one study, horses were given 1-2 grams of jiaogulan per 500 kg of bodyweight twice per day. They showed better mental alertness and increased spontaneous movement.

The majority of horses returned to pasture soundness within just 2 days to 2 weeks of starting on the supplement and improvement in lameness scores. [3]

Horses prone to navicular syndrome characterized by structural issues of the navicular bone and surrounding soft tissues might benefit from jiaogulan supplementation.

It could help slow the progression of lameness and ease pain in horses with poor conformation such as long toes and underrun heels.

Dr. Kellon reports that in horses known to have high levels of insulin in the blood suggesting insulin resistance, jiaogulan improved lameness scores and movement during walking.

In other animals, this plant has been shown to have antidiabetic effects by improving insulin sensitivity and supporting a healthy weight. [3][4][5]

Jiaogulan can support healthy connective tissue like tendons and ligaments. DSLD/ESPA is a progressive, degenerative form of lameness due to weakening of ligaments throughout the body.

This might occur in horses with Cushing’s disease but more frequently it is due to genetic abnormalities. This condition was initially thought to be more common in Peruvian Pasos and Paso crosses but has since been found in most breeds.

Dr. Kellon suggests that increasing nitric oxide levels can support healing and slow down the progression of DSLD/ESPA. Jiaogulan can be given alone or in combination with L-arginine or arginine alpha-ketoglutarate (AAKG) and L-citrulline which also increase nitric oxide production. [6]

Jiaogulan can be combined with spirulina to support respiratory function in horses and aid in bronchodilation.

The combination of 2 grams jiaogulan and 20 grams of spirulina, given twice per day can help minimize coughing, headshaking, snorting, and sneezing that are often associated with poor respiratory health.

Horses with seasonal allergies or inflammatory airway disease show improved symptoms within a few weeks to months of jiaogulan and spirulina supplementation.[3]

By supporting respiratory function, jiaogulan can improve exercise performance in competitive horses. A horse with chronic cough during exercise had normalized respiratory recovery after just the first dose of 2 grams jiaogulan given twice per day.

The improved respiratory function during exercise resulted in faster training times and rapid respiratory recovery after training. Similar benefits are also seen when combined with 20 grams spirulina given twice per day.[3]

Jiaogulan is considered an adaptogen meaning it can alter the stress response to disease, infection, or exercise. The saponins within jiaogulan can potentially dampen the response to high levels of the hormone ACTH and lower cortisol release from adrenal glands.

More research is needed to understand this effect in horses. It is possible that by lowering cortisol levels during stressful situations, jiaogulan could support mood, ease of handling, and anxiety in horses.

This could be particularly beneficial for horses in competition that can experience stress and anxiety during transportation and competition.[3]

Horses might benefit from the anti-inflammatory and antioxidant effects of this herb. The gypenosides found in jiaogulan can protect cells of in the immune system, liver, and blood vessels from damage due to oxidative stress.

In humans, it has been shown to increase levels of the antioxidant superoxide dismutase and decrease indicators of oxidative stress both during infection and aging.

By supporting anti-inflammatory and antioxidant status, jiaogulan helps keeps cells and tissues healthy which might be observed as less frequent illness and better recovery to exercise.[6]

The saponins in jiaogulan could be used to support healthy gut function. In animals with gastric ulcers due to NSAID treatment, jiaogulan extract supports gastric mucous production and secretion.

This effect has not been directly assessed in horses but results in other animal studies suggest that including this herb in the horse’s diet could help support mucous production in the stomach and protect cells lining the stomach from acid damage.[7]

Jiaogulan has broad benefits for hoof health, respiratory function, and connective tissue, meaning that most horses could benefit from supplementation with this herb.

In particular, horses that are prone to laminitis, chronic respiratory issues or seasonal allergies can be given jiaogulan to support blood flow to the hooves and lungs.

Horses may develop laminitis for a variety of reasons, including seasonal changes in the forage/grasses, gastrointestinal illness, and infections in the body. Jiaogulan is not a cure and is unlikely to prevent laminitis if the primary causes remain present.

Addressing the diet as a whole and having proper hoof care in place are the most important factors to support healthy hooves in horses.

Dr. Kellon notes that jiaogulan will likely not be beneficial for hoof health if the primary cause of laminitis is not treated. For example, horses with uncontrolled insulin resistance are less likely to benefit from supplementation for improved hoof health unless additional measures are implemented to first improve insulin sensitivity.

Before making changes to your horse’s diet, it is recommended to have their diet reviewed by a qualified equine nutritionist. You can submit your horse’s diet for analysis online for a complementary review by a member of the Mad Barn team.

Horses that are more tired than normal or reluctant to exercise might benefit from the anti-inflammatory and antioxidant effects of jiaogulan to support their general well-being.

Seasonal respiratory allergies to dust and pollen, or allergic hypersensitivity to insect bites known as “sweet itch” are signs that improved anti-inflammatory or antioxidant status could be helpful.

It might help ease the pain and slow the progression of this disease. Early detection of DSLD is crucial to helping your horse live comfortably with this condition.

Early signs of DSLD include:

To diagnose DSLD, veterinarians can use a combination of clinical signs, blood tests, and ultrasounds of the hoof and tendons. Management changes like exercise on alternating days, shoeing to support the suspensory ligament, and minimizing weight bearing could be beneficial for horses with DLSD.

The leaves and seeds of jiaogulan contain many active ingredients that have beneficial effects on health.

How to Use Jiaogulan in Horses

Jiaogulan is typically fed in amounts ranging from 2-7 grams twice a day for a 500 kg horse. It is commonly combined with spirulina, arginine alphakeotglutarate (AAKG) or chasteberry.

When used in conjunction with spirulina, a recommended serving size is 20 grams of spirulina powder for a 500 kg horse, given twice daily.

Be careful when using this herb with any other products that have vasodilatory effects, such as isoxsupine – a drug used to increase blood flow to the hooves. Consult with your veterinarian about which product is appropriate for your horse.

Horses with laminitis might have draining abscesses during the first 1-2 weeks of jiaogulan supplementation. This is because there are often pools of blood and immune cells within the hoof that need to drain out to allow the hoof to heal.

Jiaogulan helps mobilize these abscesses, causing them to surface and drain. Frequent soaking of the hooves with warm water and epsom salts can help keep the area clean and aid in draining of the abscess.

Most of the evidence from horses is gathered from anecdotal reports rather than scientific publications. Dr. Eleanor Kellon, a veterinarian and founder of the ECIR group, reports on using jiaogulan and spirulina to support respiratory health in horses. [3]

In one case, an 8-year-old Warmblood event horse was given 2000 mg Jiaogulan and 20 grams of Spirulina twice daily.

After just two days, her respiratory recovery after exercise was normal and the chronic cough she experienced during exercise stopped within a week. The mare continued to be symptom free when she was re-evaluated after 6 months of daily use of this herbal combination.

This horse had declining performance at the end of races and poor respiratory recovery which was improved by clenbuterol. Seasonal allergies were also evident by headshaking, snorting and sneezing beginning in early April along with occasional coughing.

After taking these supplements, the gelding had stronger last quarters in races and improved his speed by one second.

Jiaogulan has also been fed alone and shown to have beneficial effects. In one case, a standardbred filly had frothy nasal discharge and poor respiratory recovery after work. A bronchoalveolar lavage was consistent with inflammatory airway disease. Her race times per mile never went under 2:27. 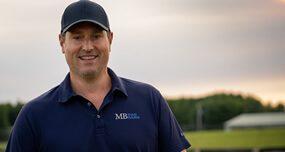 Dr. Priska Darani has had a lifelong passion for understanding how diet regulates metabolism and contributes to health in both humans and animals. Priska grew up on a dairy farm in Eastern Ontario before attending the University of Guelph in 2005 to complete a B.Sc. in Animal Biology with a focus on nutrition. While at Guelph, she worked at the Arkell Poultry and Equine Research Station where she assisted with daily care of the horses. In 2012, she received an M.Sc. for OMAFRA-funded research on how altering the amino acid balance of lactating cow rations can affect milk production and composition. In 2016, she completed her Ph.D. degree focusing on nutritional regulation of insulin sensitivity and using mathematical models to predict metabolic responses.
View More Posts

How Much Vitamin E Should I Give My Horse?

Squamous vs Glandular Ulcers in Horses: What’s the Difference?